Thanksgiving and a Teen Gift Guide

All I want for Christmas is the same kind of uneventful day we had for Thanksgiving.

It’s been a few years since we’ve had an uneventful Thanksgiving, and I gotta admit, it was nice.  We stayed in our PJ’s all day, cooked our turkey, sweet potatoes, mashed potatoes, dressing, gravy, and pumpkin cheesecake from scratch, as a team effort.  We watched our beloved Green Bay Packers win their eleventh straight game this season.

Everyone helped cook, nobody had a meltdown.  It was such a sane and peaceful day I almost feel guilty telling you about it.  Seriously.  I can’t remember a holiday this normal.  Of course, what goes along with that is that we were shut up in the house, just the four of us (since Wonderboy is still living overseas for his internship), no visitors and no plans.  For the first time in a long time we decided that we weren’t going to have people over (as we have the last two Thanksgivings in a row), we weren’t going anywhere, and there was no agenda.  A completely low-key, unstructured day, save the noon football game on TV.

On Friday I took the kids out to do a little Black Friday shopping.  Before you panic and wonder why in the world I would do that, you have to know we were in Door County, Wisconsin, where the population of the entire island is probably less than you’d see at a single Wal-Mart.  We bought a few new ornaments for our tree, had lunch out, perused a few small businesses, and it was, by and large, uneventful.  Saturday we drove down to the biggest city on the island and watched The Muppets.  I thought it was cute and Tim was mostly there for the popcorn, so it was a win all around. On Sunday we made the long drive back from Door County to Tim’s RTC and, while the drive was fine, Tim was in catatonia mode, which always creeps me out.  I don’t know why, but that is seriously my least favorite of his symptoms.  I know I’ve said this before, but I’m pretty sure I’d tolerate the incessant mumbling, under-his-breath discussion with the voices in his head WAY more than the staring-in-to-space-locked-in-my-head-with-them stare into nothingness.  Gah.

Now, many blogs and websites are putting together a list of gifts that are good choices for kids with special needs or mental illness. I thought I’d share a couple ideas for the teenager in your life with Bipolar Disorder or Schizophrenia, based on Tim’s wants and needs.  If you have other great gift ideas, please share them in the comments!

Yep – headphones let Tim have his own space no matter where he is. He even wears them sometimes just to tamp down the noise in a room, even if they aren’t plugged in to anything, because they are a “socially  acceptable” ear plugs.  Smart, huh?  Skull Candy has a great assortment of ear buds and over-the-ear earphones at good prices.  To top it off, they’re cool looking, which is a plus for teens.
Idea #2: Hoodies 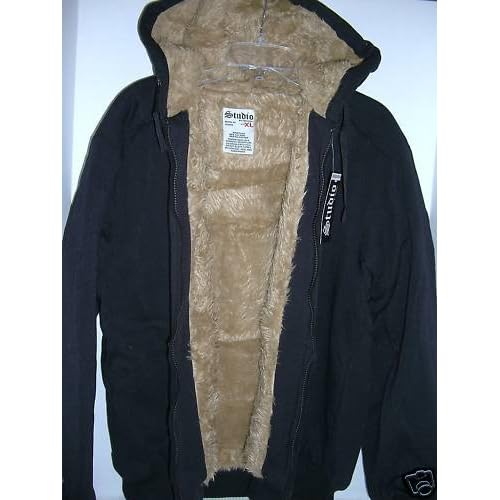 They are a blessing and a curse.  I don’t know a teen with a mental health condition that doesn’t live in one, sometimes to their mother’s chagrin.  A hoodie provides that extra protection to hide from the world when anxious or overwhelmed, and for that they are a great gift idea.  The trick is to get to see their faces once in a while.  This one in particular is a favorite of Tim’s, because it adds the extra tactile sensation of faux fur lining, and the softness of it is another comforting factor. This one is from Amazon.
Idea #3: Water Bottles with Straws

Meds can dehydrate or give dry mouth.  Some meds can cause a hand tremor.  A water bottle with a built in straw lets you hydrate while not worrying about pouring water all over yourself when you tip it back.  This one from NATHAN also has a clip so you can clip it to your backpack or book bag at school.

Ekphrasis – Free Writing Based on an Image NBPHM / NaBloPoMo Day 22

Moving In To The Village