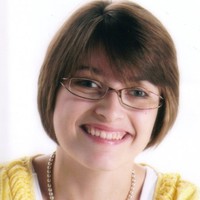 When I found Chrisa’s beautifully poignant corner of the Internet, I was immensely encouraged. You see, I have cerebral palsy, and though it’s a developmental condition, I was floored at the parallels between Tim’s challenges and my own. That is, until my sophomore year of college.

There was a series of events that happened that triggered a depressive episode that lasted for a couple of weeks. Having never been truly exposed to the dark sides of depression, I was unsure of how to handle it. For some reason, brushing my hair and brushing my teeth triggered an onslaught of tears. Every. Single. Day. For two weeks.

After about a month of therapy, I realized that the reasons for the depression were incident-driven, but more than that, I was allowing myself to experience many of the emotions that someone just entering the pubescent period may handle. I never got that opportunity; I was too busy learning to put my shoes on independently at 17 and a half and learning what it would take for me to move away from home. Once those things were mapped out, I had time to feel. To experience. To grieve. To discover. After this point, I knew one thing was for sure. I needed some help to regulate the emotions. There was no doubt that they were completely normal given my situation and that they were natural to human existence. It was at that moment that I was finally receptive to the fact that the university provides counseling and mental health services to students that are covered via tuition and fees.

For a while before this point, my mentor, who also happened to be the director for disability services at our university at the time, had been trying to get me to utilize the services to quell some academic anxieties that seemed to have plagued my first two years of college. Like most people entering treatment for the first time independently (my parents had helped me to find a counselor when I was younger to deal with family issues), I was really reluctant. I thought that “giving in” to the assistance was a sign of weakness. Little did I know, it was and is the best thing I’ve ever done for myself as a college student.

Though the situation still isn’t 100% perfect, I’m armed with strategies to talk myself out of a depressive episode or a panic or anxiety attack. Sometimes, physical issues induce my attacks, so those are a little more difficult to sway, but it is possible. Very possible. Since February 2011, I’ve felt so much better, and though it’s really difficult handling these issues away from home, at times, I wouldn’t trade the situation for the world. It’s truly amazing what you come to realize when a new “issue” rears its ugly head. Now, with a 3.1 GPA, I am getting ready to make some big steps in my life – living in my own apartment for the first time, cooking my own meals, and truly understanding what adult life is all about. For the first time, I’m able to say that I’m delighted with the dilemmas of depression. I wouldn’t have the appreciation for everyday life that I currently do, and I wouldn’t be me. Mental illness is tough, but as Kelly Clarkson says, “What doesn’t kill you makes you stronger.” Right? Oh, and no, it’s not “just” cerebral palsy!