Spring Break is always a dicey time of year for our family for a number of reasons.  All three kids have Spring Break off of school a different week than Tom does at the school he coaches at, so Tom has to work while the kids are off.  The break always falls in March, Tim’s notoriously most unstable month of the year.  And, here in the Midwest, the weather is dicey, as March can be 60 degrees or 10, depending on how fickle the groundhog felt in February.

Tim and I were invited to speak at the NAMI Milwaukee kick-off luncheon for NAMIWalks 2011 this past Thursday.  Tim was the number one fundraiser for the Milwaukee walk last year, and they are really hoping to recruit more teens to join the walk this year.  They asked us to talk about Tim’s story and how we managed to raise just over $2,200 for last year’s walk.  It was a great honor, and the audience of NAMI clients, walk team captains, and NAMI staff were very gracious, patting Tim on the back and shaking his hand after our speech.  They showed the picture I took of Tim and Green Bay Packer Greg Jennings large on the wall beside us, which made Tim ask me quietly, “Am I famous?”  “Of course!” I answered.  He beamed at the notion.
Tim came home with me Thursday afternoon to spend a few days at home on the tail end of his Spring Break.  Since Tom would be working, I pondered things for Tim and Dianna and I to do (Alex, our oldest, was off school but working most days) that would keep us occupied and entertained indoors since it was snowing off and on and 30 degrees outside.  I’d been trying to get Tim to the eye doctor every time he came home since October, and each time he would get to the car or, in one case, as far as the doctor’s office door, and then decline adamantly.  Tim is absolutely convinced that the drops the doctor uses to dilate his eyes will cause him to go blind and the sheer thought of the bright lights in his eyes is enough to send the “friends” in his head on a rampage about how we were putting him in danger on purpose.  But he’s been without glasses for more than six months because he broke his last pair so I was bound and determined to get him in.  I emailed his therapist earlier in the week and told her we were going to attempt the eye doctor again, and she had a session with him on Wednesday to go over what the eye doctor would do, that he could decline drops, and he agreed to give it a try.  So Friday morning Tom and I drove him over there and held our breath.  He told the doctor right off the bat, “no drops,” and when she replied, “no problem,” he visibly relaxed.  He made it through the rest of the appointment fine, picked out a cool new pair of frames, and he left smiling, pleased at himself that the overcame his fear.
Friday afternoon the kids and I went to a great local small business, Clay Monet, and painted pottery.  It’s a really great little place and the owner is a very friendly, helpful, personable lady.  We spent nearly three hours deciding what to paint, laying out our plans, and painting our pottery. 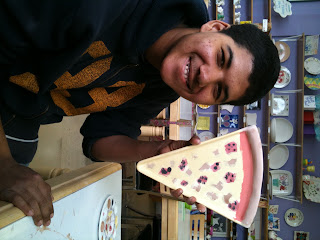 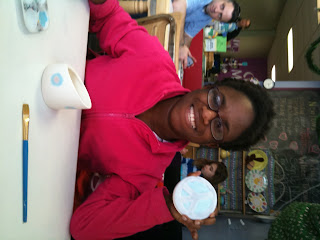 .  Apparently he’s heard about it and was dying to see if it.  Dianna wasn’t too keen on it but caved.  I was iffy – I remember seeing it in the theater when it came out in 1975 and being scared out of my wits.  But Netflix reminded me it was rated PG, so I caved as well.  Tim thought it rocked, and Dianna thought the grossest part was (spoiler alert) when the shark blew up.  And I remembered that I was eight in 1975, and 35 years later, it’s not as scary as I recalled.
Saturday the kids slept in until after 12:30, which normally I would never let go on, but it gave me a quiet morning to get some little things done I’d been putting off.  We spent the afternoon at indoor glow-in-the-dark miniature golf.  It’s the most disorienting game of miniature golf I’d ever played, but Tim seemed to take it all completely in stride.

We had dinner as a family Saturday night, played Monopoly

, and listened to The Beatles, my favorite band of all time.  The White Album

was playing and when Revolution Number 9 came on, Tim seemed to go into a trance, then started rocking and whispering to himself.  I wondered to myself if this song sort of represents what it’s like to be Tim, and listen to chaos inside my  own head.  Have you ever really listened to it?  I had to listen to it again later, when the kids were in bed, and I was physically agitated thinking that is what Tim experiences every single day.  I honestly don’t know how he accomplishes anything with that kind of overwhelming barrage of information constantly pulsing.  I asked him while it was playing if something was wrong and he just stared, shook his head, rocked and whispered.  I forwarded on to the next track and he relaxed a bit, but never quite got back that night to the jovial guy he was at dinner.  I’ve found myself drawn to the song today, playing it several times while I listen with my eyes closed, trying to imagine that running as the soundtrack of my day, day in and day out, and a feeling of hopelessness came over me.  How in the hell can my son’s brain turn on him in such a sinister manner?  And what kind of God would let that happen to any human being, let alone a child?  My feelings about God and religion are for another day and another post, but the overwhelming feeling of hopelessness that surrounded me as I contemplated being confronted with what it’s like to be in Tim’s brain reinforced my disillusionment in a higher power of any type.

Note: I would have embedded the YouTube of Revolution 9 here, but Sony Music prohibits playing it on any site but YouTube.  If you want to hear it, click the link above and you’ll be taken to it on YouTube

Tom took Tim back to ODTC today, and while Tim is happy there, he always hates leaving home, as much as I hate having him go.  He’s on the waiting list to move to one of the group homes on the campus which is one step closer to coming home for good, and I’m hoping we get him in to one soon.  He’ll be 17 this summer and we’re running out of time before he becomes a legal adult and can’t stay in the dorms or group homes for minors.  He’s made tremendous progress in the past 18 months and he, his therapist, and we all feel he’s ready for this next step.  Here’s to hoping he gets into the group home soon, to have as much time in it before he’s 18 as possible. 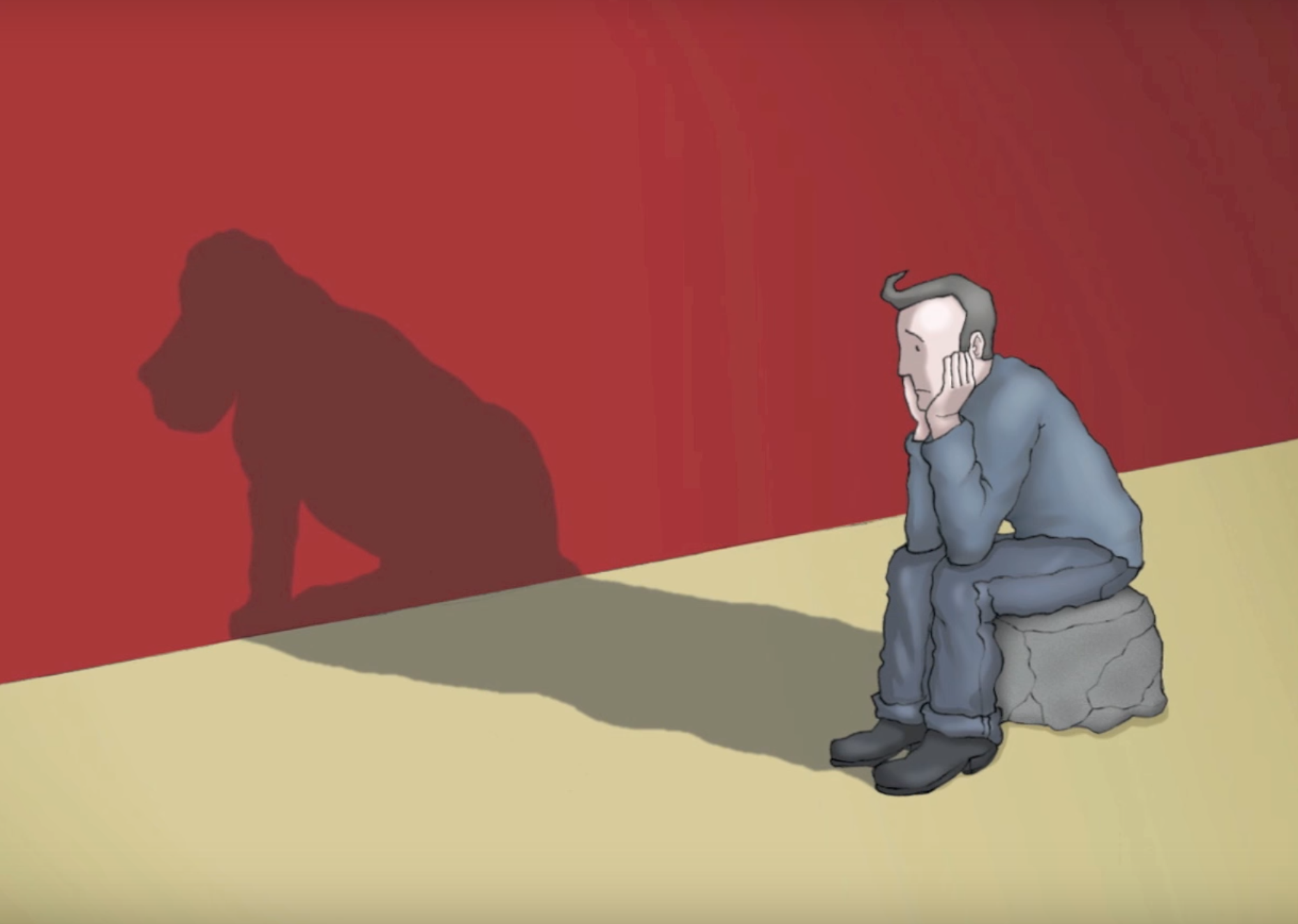 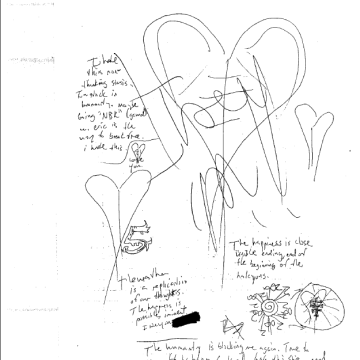