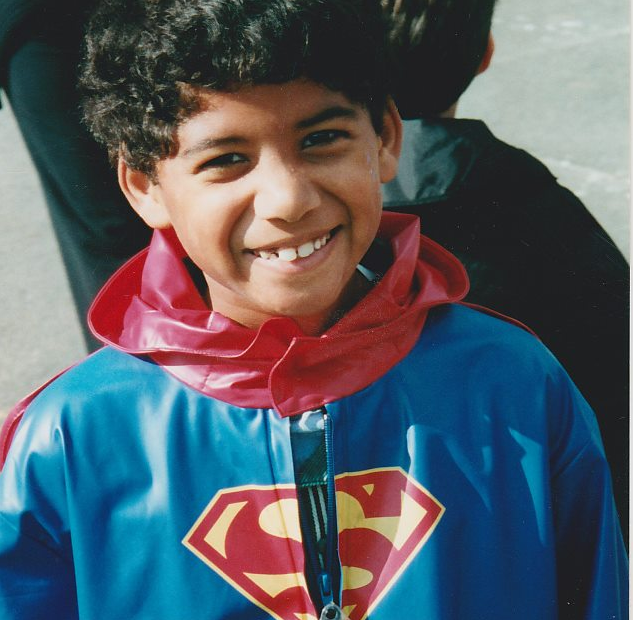 So – what do you do about a kid who doesn’t talk at age 2? We went to our pediatrician. He told us our son had ‘second child syndrome’ – basically, his big brother did all the talking for him, interpreting his noises and anticipating his needs, so his speech development would be delayed. And we bought that. After all, our oldest was good at interpreting a grunt as meaning, “I want juice,” or “he’s hungry.” Tim also started showing his frustration, we thought, with the inability to communicate. He’d do everything from throw a toddler tantrum to, no joke, one time picking the twin sized mattress off his bed and throwing it at us.

By the time he started pre-K at age 4, Tim had only two and three word sentences. He would say, “cool bus,” when the school bus went by, and baby talk like, “I hungy,” when he was hungry. His pre-K school backed us up, and suggested he be tested by the school district and that we go to a neurologist. Which we did.

After days of testing of all types, the neurologist told us Tim had PDD-NOS, or a pervasive developmental disorder, not otherwise specified. I didn’t know what that meant then, but now I know it is an autism spectrum disorder that basically means they have no clue what’s wrong with your kid. The neurologist went so far as to tell me that he would have diagnosed my son as autistic, except he has excellent eye contact and a good sense of humor. Those two things alone preclude most autism spectrum disorders, but again, I didn’t know that then. So we went on our way, thinking our son had an autism-related disorder. The school district developed an IEP for him, and in Kindergarten, he was placed in a mixed classroom, meaning, mixed special needs kids and mainstreamed kids, with teachers for both.

New and not at all pleasant behaviors starting coming out at age 5. He took to hiding under furniture or running away from his class rather than participate. He had very high levels of frustration – the smallest thing could set him off. And, while his speech was improving with speech therapy, the school district didn’t think they could keep him in the blended classroom, because he was just too much of a disruption.

We moved back to California from Georgia just before he started the first grade, and had to go through the whole ordeal with the IEP and the new school district again. They decided to put him in a self-contained special ed classroom with the addition of speech therapy twice a week. He had an amazing teacher there, and she did wonders to figure out what his stress triggers were, and how to get him to calm down and focus. Tim’s speech and ability to participate in class improved tremendously in her class. We felt he was nearly caught up by the time the school year ended. Since this teacher taught a combined first and second grade, we asked for him to be in her class again, but we were denied. And all hell broke loose the next school year.

The Time In Between