Speech Therapy Is About More Than Just Speech 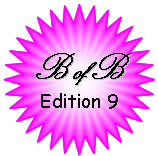 This post is part of Best of the Best Edition 9: Special Needs Therapy. If you click this link starting August 15th, you’ll find similar articles by other authors.

Tim’s first diagnosis, at age four, was Pervasive Developmental Disorder, Not Otherwise Specified. That’s a long, fancy way of saying, “we have no idea what’s going on with your kid.” In the current DSM-IV-TR it’s a disorder on the Autism Spectrum, and Tim was diagnosed mainly because he had some odd behaviors, was very delayed socially, and didn’t speak more than one word at a time. The first therapy that was recommended to us for him was speech therapy, delivered by the school district as part of his IEP. I had no idea what speech therapy was supposed to do for a child who just wouldn’t speak.


Two of my three children received speech therapy as part of their IEPs, and I have to say, speech therapy did a lot more for them that, when it was first suggested, I thought it would. When I was a child the kids in speech therapy were there because they had a lisp or a stutter – an actual impairment of speech of some type. But today, speech therapy encompasses all communication skills, including volume and pitch modulation, role playing and practicing social skills, and improving expressive and receptive speech. Within six months of Tim starting speech therapy, he was talking in four and five word sentences, and I was amazed.