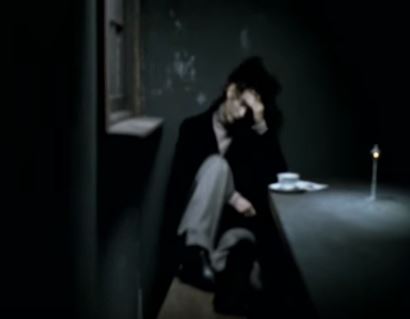 I’m sorry it’s been so long since I’ve posted.  Winter is long and cold here in Chicago, and frankly, I am, as much as I hate to admit it, I am prone to seasonal depression which makes me pretty much hide out, eat, binge watch Netflix, and shun bearing my soul to, well, anyone. But I stepped on the scale about seven weeks ago and started to bawl.  I’ve never weighed this much in my life.  Ever.  I literally weigh twice as much as I did when Tom and I got married nearly 25 years ago.  I know how it happened.  It was years of giving myself permission to self-medicate with food.  I could literally eat 4,000-5,000 calories a day and nearly never move.  I got a Fitbit in early December and if I broke 2,000 steps a day it was a miracle.

After I stopped crying I decided that I can’t blame it on Tim anymore, or what we went through in 2013, or Wonderboy’s recent decision to distance himself from us.  Tim is who he is, and the ups and downs of his stability are never going to get a whole hell of a lot better than they are now. 2013 happened, and it’s over.  Wonderboy will, I pray, decide that having parents in his life is better than not having them. I can either eat myself to death over all that, or I can accept what I cannot change and stop pretending.  So, I joined the gym at work.  I’m lucky that there is one in the building and it is pretty cheap as gym memberships go, and it has a lot of different equipment and personal trainers at a reasonable rate.  My first day at the gym was Wednesday, January 28, 2015.  I walked 2 miles an hour on the treadmill for 25 minutes. Not even a half mile.  I grimaced, showered, and went to my desk.  I made it 5,000 steps that day.

This morning I walked 3.2 miles on the treadmill in 63 minutes. It’s 1:15 PM and I’ve walked over 11,000 steps already, on target for my current daily average of 12,000. I weigh ten pounds less than I did on January 28th.  And my mood is a hell of a lot better, even though the temperature when my day started was -5 Fahrenheit.  I’m seeing my shrink next Thursday, and I think I’m ready to cut back on my antidepressant.

Yeah – it’s great I’m moving and losing weight.  I’ve got a shitload of weight to lose, so I’ll be doing this for the better part of the next two years, before I figure out the routine I need to stick to in order to maintain weight loss.  But I’m most happy about the unexpected benefit of lifting my mood; really, really, lifting it.  I’m making myself hit the gym five days a week because, well, it’s March folks, and Tim hasn’t made it through a March without being in the hospital or residential since he was 10.

I hate the smell of hospitals in winter.

I feel like I’ve been stuck in the long, dark, cold December for a long time.  But I do have reason to believe 2015 will be better than the years past.  I refuse to accept anything less, for the first time in a really, really long time.

My posts over at HealthyPlace.com