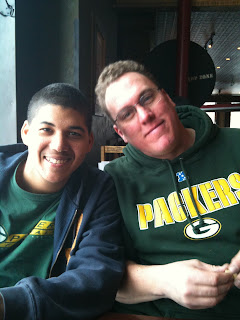 Tim was struggling with his voices last week.  Last Monday he got agitated over something seemingly small, and put his hands around a therapist’s neck as if to strangle them.  He was about to grip when they said he crumpled to the floor, sobbing, hands on his head, complaining that they won’t go away.  His new caseworker (the one he’s had for a few months now) was just as shocked as the last caseworker to see him struggling with hallucinations.  I get alternately frustrated and amused when these young pups, fresh out of school or with very little experience witness the psychotic symptoms they’ve only read about in textbooks before.  They invariably call and ask if what they describe is “normal”.  I always have the same answer, and I try not to be sarcastic.  Of course it is.  Did you think we were kidding?

So after his rough week, we decided to go have a day of sheer fun.  We went to the Milwaukee Public Market and shopped around for cheese, bread, bacon, flowers.  If you get a chance to go to the Public Market, do.  It is a fun spot.  It seemed tiny to me, after having been in the Seattle Public Market a dozen times or so when my parents lived there, but that doesn’t take away from its charm and the quality of the vendors inside.  Our friends Nanci and David joined us – they are parents of children with childhood onset mental health conditions too.  Tim made a new friend while we were there: 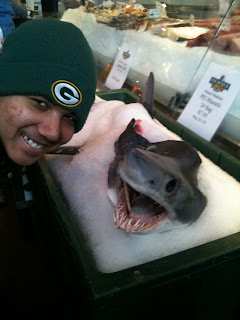 Afterwards we went for a late lunch / early dinner to AJ Bombers, and had easily the best burgers we’ve had since we left the West Coast (nothing beats In N Out!).  Nanci stayed and had lunch with us and we got to have some grown up talk with a parent who really understands us.  That’s so rare that Tom and I cherish the time we get to spend with Nanci and David.  We can talk about things that would make the hair on the back of the neck of an average parent stand on end, and no one bats and eyelash.  Tim’s talking and humming to himself doesn’t phase them.  I don’t have to explain why Tim got a Buspar at lunch, or what symptoms it’s prescribed for.  That’s a real gift.
Tim did babble on to himself at lunch and on the car ride to Milwaukee and back, more than usual.  But, knock wood, he’s handling this winter pretty well.  Tomorrow is the first day of March, and I always hold my breath in March.  Last March was the first March since 2006 that Tim wasn’t hospitalized.  I’d like to go for two. 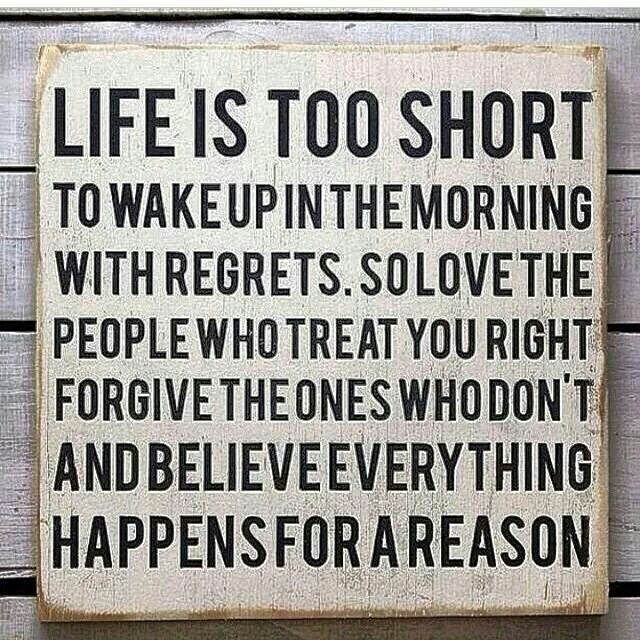