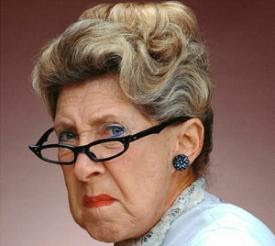 I’ve heard and read a lot of accounts lately from parents and caregivers about other adults either giving unsolicited parenting advice or making crass comments about special needs kids when they are having a difficult time in public. I’ve got to be honest – this is one of the biggest reasons I built a ‘moat’ around my family when we first started this journey, and it makes me downright angry when I hear a story from another parent having to put up with this on top of trying to stop an active meltdown in the frozen food aisle.
I want to share some of the stories with you. I swear I am not exaggerating:

Read the rest at The Balanced Mind Foundation.