When the Newtown tragedy happened, there was immediately a lot of Internet rhetoric around two topics: mental health care and gun control.  Being a proponent of both, I jumped into conversations about both and tried to steer the conversations to addressing both.  It took me about two days to realize – after the media started shouting about guns and Senator Feinstein vowed to re-introduce the assault weapons ban in the new Congress, and readers told me I diluted the message in this post – that the general public can’t focus on two topics at once.  That’s unfortunate, because this tragedy wasn’t caused by a single issue. There were several breakdowns that led to what happened at Sandy Hook Elementary School that terrible morning.  But now, in the wake of two weeks of guns, guns, and more guns in the news, with only a smattering of coverage on the woeful state of mental health care in this country, I am resigned to realizing that I have to make a choice and be a single issue advocate.

So no more talk here about guns.  We’re back to all mental health care, all the time.

And to that end, I wanted to let you know about a new blog I’ve started with some friends who are also bloggers and moms raising children diagnosed with mental illnesses.  It was inspired by a phrase I use here a lot, and suggested by friend and fellow blogger at RaisingCrazy – The Parents Like Us Club.  Because, after all, many of us found camaraderie and support on the Internet by finding other parents like us to share ideas, information, sorrows, and joys with.  The idea is that it is a collaborative blog – anyone who wants to post their story can do so.  If we are to affect real change, we must stand together as a block and let our legislators know that we have a voice and we’re not afraid to use it.

I’ve been talking to the legislative action people at AACAP – they have called on President Obama to hold a Children’s Mental Health Summit, and they are encouraged to read our stories at The Parents Like Us Club. I’d like to share them with senators and congresspersons during their legislative action day in May.  But I need your story to show how big the problem is.

So come on over to ParentsLikeUsClub.org and read.  Submit your story.  Do it anonymously if you feel you must.  But share it.  Your story may be just the thing that helps another parent feel less alone.  It may also be the story that finally gets a congressperson to realize that we need comprehensive mental health care reform and we need it now. 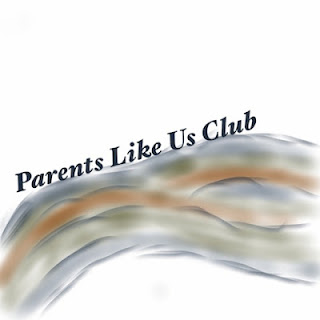