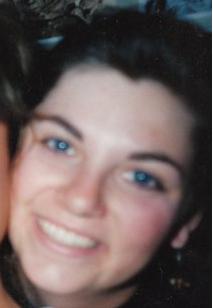 Man, you have NO idea what you’re getting yourself in to.

Raising kids sounded so easy.  I mean, how hard can it be? You feed them, clothe them, love them, take them interesting places, teach them the things they need to know in order to grow up healthy and happy, and then send them on their way, right?  That’s what your parents did.

But somewhere along the line, things are going to go haywire.  You’re going to think that Tim’s idiosyncrasies are cute, but they aren’t.  They are indicators of what is to come. When he doesn’t talk, don’t let some stupid pediatrician tell you not to worry about it until he’s in preschool.  When he flaps his hands in front of his face, all the time, figure out what it means.  When he’s about three, he’s going to get so angry that he will pick up a twin sized mattress and throw it at you.  That’s not normal.

When all these strange things are going on with Tim and you’re considering adopting a third child – a child that was born crack addicted, severely premature, abandoned, and bounced through nine foster homes before the age of three, think twice.  You’ll feel invincible, but she will need more attention than you can give her, considering how much time Tim is going to take to manage.  You’ll love her and it will break your heart, but if you do adopt her you’ll wonder, a dozen years later, if she wouldn’t have been a happier teenager if she was in another home.

When a psychiatrist tries to tell you that Tim is mentally ill, at age 10, believe her.  Don’t spend the next two years pretending she was wrong.  And when a doctor tells you that Tim hears voices and hallucinates at age 11, listen.  Don’t argue with him and call him crazy.  If you can get Tim stable before he’s in full blown puberty, maybe you can avoid the extraordinary violence that the entire household had to try and live through from 2005 to 2009.  Maybe you can avoid having to send your son away to strangers because you just don’t know what to do anymore.

Don’t be so ambitious with your career.  You think you want to rule the world, but corporate politics at the upper management level suck.  Find something you really love to do that won’t take you away from your family two weeks a month, leaving your husband to try and survive the days with an unstable child.  Spend more time with your oldest son.  Go to every football game where he plays in the marching band.  Hang out in his room and ask about his day.  Remind him often how amazing he is.

I know you think your parents are useless but be kind to them.  You won’t believe how supportive and helpful they will be when you need them later.  Don’t cause them grief just because you can.  And you know that guy you just met, the one who thinks your boyfriend is a jerk?  He’s right.  He’s actually the one.  See if you can figure that out sooner rather than later.