Imagine for a moment, you are in the middle of a serious crisis with your child, who has been fighting a potentially life threatening illness for several months; you are doing everything you can to keep it together and ensure that they are getting the best care available. There are multiple hospitalizations, treatment team meetings, deep despair and silver linings. One particular day, you meet with the doctor and treatment team and you’re being told that your child is nowhere near ready for discharge; medications are still being adjusted and symptoms are getting progressively worse in the mean time. The following day, you receive a call from the attending nurse who wants to discuss discharge, even though everyone is aware that if the child goes home, he will likely die. Can you even imagine this happening?

Believe it or not, this is a true story. And the discharge wasn’t being pushed because my son had a miraculous healing overnight, in fact quite the opposite. Even as the discharge was being discussed, he was having a number of major incidents that were indicative of his need for further treatment. After questioning the nurse for a few minutes about how this could be possible, it was acknowledged that the insurance company was questioning the need for further treatment and the hospital was concerned that they would not be paid if they kept my son any longer. The decision was not being made based on the health and welfare of my child but based on the experience this hospital had with the managed care provider hired by the insurance company fueling their fear that they wouldn’t continue to get paid. This managed care company is Value Options.

Let me take a few steps back. Just after my son’s 16th birthday in 2010, he had a serious mental health crisis. It was, at the time, a potentially life-threatening illness and in fact just prior to this particular hospitalization, he attempted suicide. At the time he was admitted to this hospital (the 5th of his crisis) he also had a letter from his psychologist stating that without long-term hospitalization, he would most likely end up dead.

This incident wasn’t the first time that Value Options had come up in conversation with treatment teams and attending staff during my son’s various placements. In fact, many times the first comments from the team were that they were not sure how long Value Options would allow my son to remain hospitalized. I guess at the time I was pretty naïve because I would respond that it didn’t matter whether or not the Value Options would cover him, he would not be discharged until it was medically clear that he was safe and ready to go home.

What I didn’t realize at the time was that Value Options has a reputation for being difficult to deal with. I found this out first hand, when my son was about to be discharged from the hospital and was clearly not ready. I was given the name of the contact at Value Options and I called. It was then that I found out I had a case manager assigned and that her job was to track my son’s treatment and raise the flag if she felt that treatment was no longer required. This case manager reported to a doctor, both sat in an office 1000 miles away from where my son was being treated. I was told that the Value Options doctor would be meeting with my son’s treating physician the following day and a decision would be made regarding his discharge. I was also informed that the Value Options doctor had the final say as to whether or not further treatment was necessary. While this discussion regarding my son’s discharge was occurring, his treatment team was trying to stabilize him on several medications, which required daily blood work to assess the level of medication in his body, and yet, Value Options was pushing for discharge.

I launched my own personal campaign to keep my son in the hospital; I engaged my HR organization that manages the relationship between my company and Value Options. I wrote letters to the hospital’s attending physician, the treatment team, the Vice President of Psychiatric Care, the Vice President of Client Services and included a whole package documenting my son’s history and treatment up to that point. I also included the letter from my son’s psychiatrist. If they were going to discharge my son before he was ready to safely go home, I was going to put them all on notice that their discharge decision went against all of the information that had been provided on his progress to date.

I was successful in securing additional time for my son during that hospitalization, but Value Options required a move to a Residential Treatment Facility for continued funding. Value Options found a placement at a facility that was not in the same state that we lived in, but they had beds available. My son was transported nearly 1000 miles to go through a 30-day diagnostic assessment.

When my son was first admitted into the Residential facility, I was told by Value Options that at some point they would stop covering my son’s residential placement and that I would need to look at state provided Medicaid. I was also told that I was “lucky” because in the past Value Options didn’t pay for any residential treatment at all. Lucky? That wasn’t the word I was thinking of while I was going through this process. What I wasn’t told at the time was that because my son was in treatment in a different state than where we lived, we wouldn’t qualify for Medicaid in that state.

When the assessment was complete, the treatment team reported that they did not feel that my son was safe to go home and felt further residential placement was necessary. The Value Options case manager participated in the assessment review and stated that Value Options would not cover further funding for my son to remain at that facility and we needed to move him (again) to a facility in our state so that we could apply for Medicaid. Value Options agreed to continue to cover my son until a placement was made.

I immediately engaged my County’s Office of Mental Health to obtain placement approval and Medicaid authorization for my son to move to a facility close to our home. This process was very lengthy and required jumping through a number of hoops. I was told that it usually took 45 -60 days to secure placement. Panic hit me when I found out that the board that approves the incoming residential placements only met once per month. I had already missed the deadline for the approval, however if I pulled the package together, the contact I was working with at the Office of Mental Health would try to get the board to consider the placement. I was able to get the placement approved, met with the new facility and scheduled a date to move my son (and all within 20 days).

The very same day that my son was accepted into the new facility I received a call from my Value Options case manager, letting me know that my son’s care had been terminated 3 days prior. I was 7 days from moving him and having Medicaid pick up the cost of care and Value Options dropped my son and didn’t bother to inform me for 3 days. The decision for the dropped coverage was made by the Value Options doctor, who in a conversation with the Residential Facility’s doctor, was told that my son had not gotten worse and therefore it was determined that he “no longer required residential care”. Even though we were moving him to another residential facility under the recommendation of the attending doctor and treatment team!

Again, I launched a full court campaign engaging my HR organization, the Sr. Vice President of HR, the residential facility, and the Office of Mental Health. I was able to successfully get Value Options to change their coverage decision and they agreed to provide funding for my son through the move date.

While my son has had treatment since this experience, I am happy to report that he has transitioned home and is making great progress. But I am concerned that should he require treatment again, we will find ourselves back dealing with the same Value Options process which puts profit before patients. Honestly, I cannot imagine how things might have turned out for us had I not been able to engage the proper resources and fight tooth and nail for the coverage that I was paying for. In the middle of one of the worst experiences of my life, caring for my ill child, I had to somehow find the strength to stand up and fight for his care and let them know that NO is not the right answer.

Amy White is a mom, mental health blogger and advocate who has been supporting a child through mental illness crisis and the system of facilities, programs, processes, private insurance and public assistance for more than 2 years. Amy uses her own experiences to support other caregivers who are going through similar situations and challenges through her blog, online advocacy and in person support. Her blog is Far From Paradise and you can follow her on twitter . 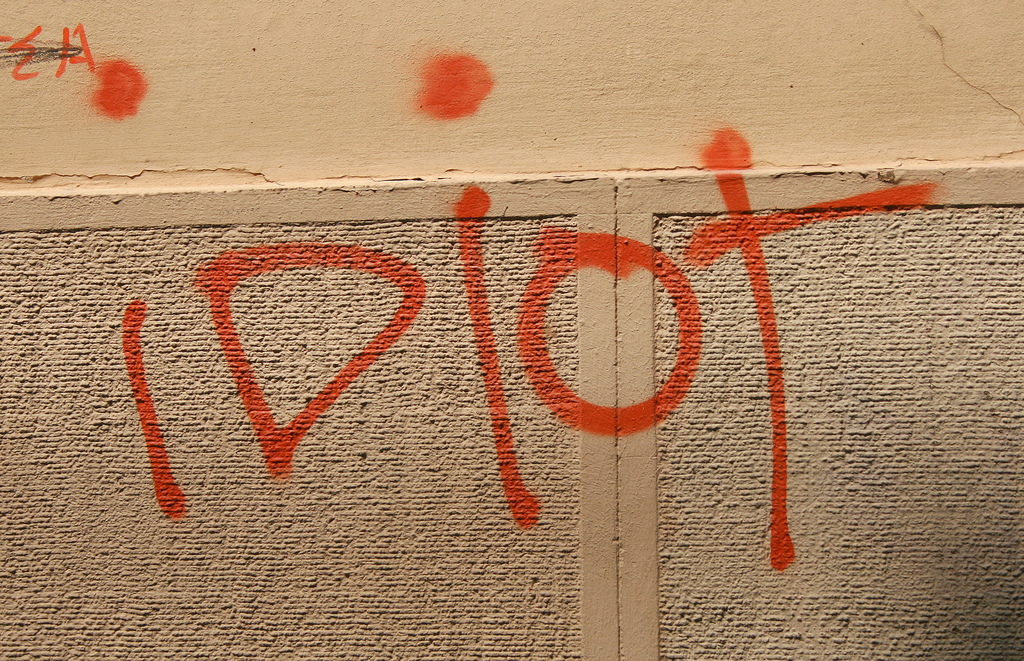 Until There Is No More